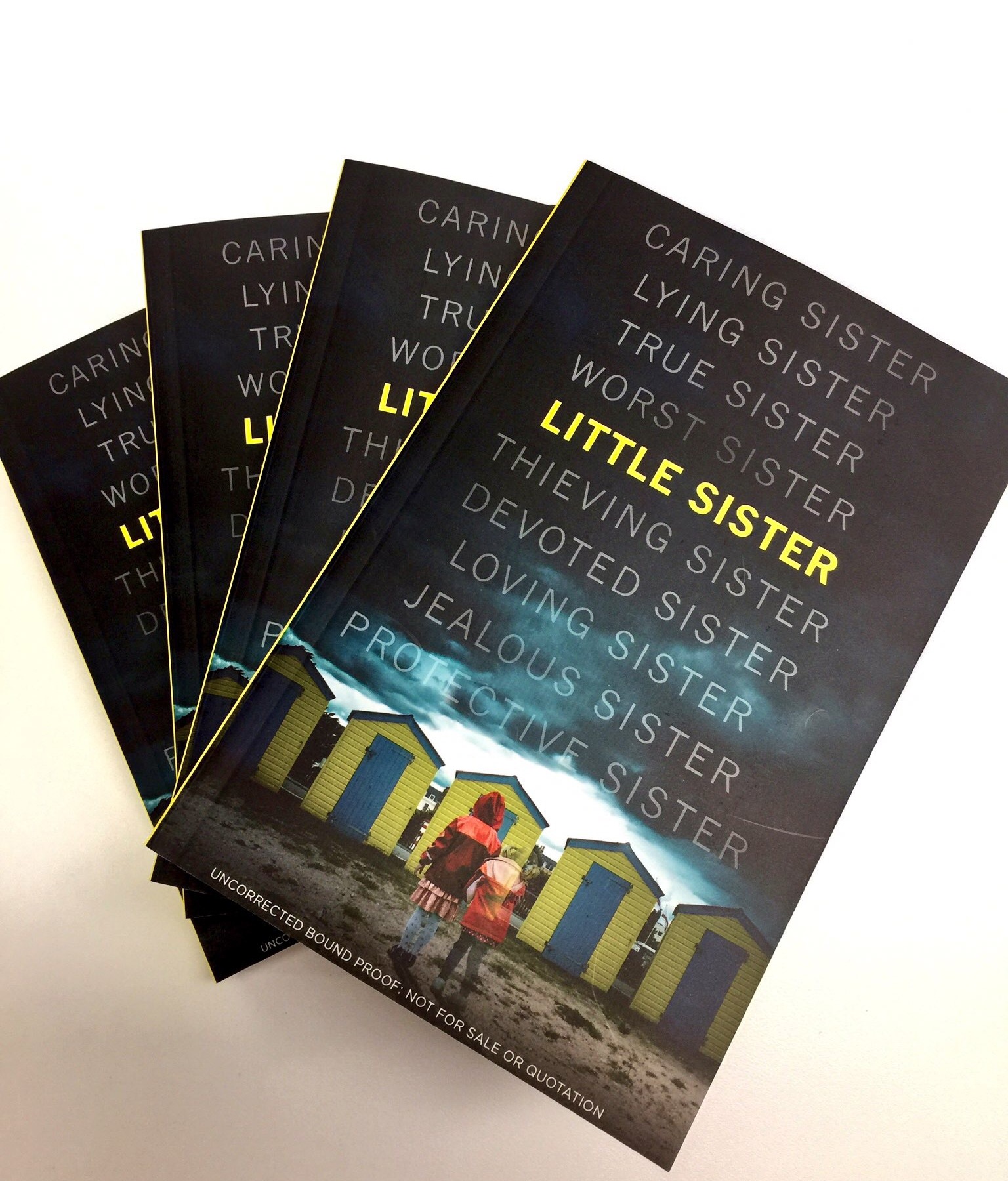 1) Why did you choose to explore the relationship between sisters? What makes this relationship unique?
I have a little sister (who I love very much) – and, I have a big brother (ditto) – and I’m sandwiched between them, middle child of three. Neither of our parents had a sister, so in a way mine and Bec’s relationship was our own to create, uninformed by strong sister role models. There’s no doubt it’s unique, special, and peculiarly different to relationships with other female friends and relations. There’s an unspoken quality to it – perhaps you feel each other’s joy and pain more intuitively – and so it seemed to me, in a story of secrets and betrayal, you might feel each other’s darkness more clearly too.

2) The novel opens with a missing child. How does this event affect each family member?
How can we ever begin to imagine the horror of losing a child? In Little Sister, baby Daisy goes missing whilst in the care of her aunt, Jess. Unsurprisingly, guilt and blame are strong emotions at work – and with Jess and her sister Emily only recently reunited after years apart, it’s only a matter of time before those emotions break through and old resentments show themselves in new ways.

3) How does the setting – The Isle of Wight – shape the story?
The Isle of Wight is a place I have great affection for. Over the years I’ve spent much time there, either holidaying with the family, or retreating there to walk, write and research.  Little Sister is the second book I have firmly located there (the other being Summer of ’76), and in both cases I felt that the island location lent something powerful to the unfolding of drama. I grew up in a small seaside town, and I guess small islands are similar in their way – when big things happen, perhaps they seem even bigger, magnified within the boundaries of the ocean, adding to the sense of claustrophobia and panic that courses through the characters at the heart of the story.

4) Tell us about your fascination with the idea of distorted memory.
Like many of us, I’ve spent much of my life being different things to different people – sister, daughter, mother, partner, friend – and I’m endlessly fascinated by the complexities of family relationships, and the weight of their power. We like to think we are most ourselves with family, but who’s to say which version of us is the best version, the truest version, the most reliable version even? As a writer I’m often drawn to the shadows of family histories – my own included – and find myself wanting to explore the ways in which the memories and consequences of shared events can differ so wildly from person to person. That, in part, is what inspired Little Sister, the idea of inconsistent memory – of distorted memory – ultimately the idea of unreliable truths.

5) You move from present day into flashback in each chapter. What made you choose this style? Was it easy to keep track?
From the first word, I knew the shared histories of Emily and Jess would be fundamental to the telling of this story – it would have been impossible to relate their present day events without filling in some of the gaps of their childhood together. They were born less than twelve months apart, schooled in the same year group, competing over the same friends and attentions. I wanted to know who they were before these altered adults they had become – and so the flashbacks were a vital part of the process. It was surprisingly easy to keep track; the more I wrote about them, the more they grew in strength and clarity, a kind of organic blooming of character and feeling.

6) The book is filled with twists and turns. Did you know how the story was going to end? Or did it surprise you?
When working on a new novel I usually have a good sense of how it starts, what the big (if initially blurry) picture appears to be, and more often than not, a strong idea of where it will end. The hard bit tends to be the eighty to ninety thousand words in between! There are unsettling periods, when you’re not sure where your writing will take you – and then there are those gloriously unexpected moments in the sun when a new twist or revelation shows itself to you, and your heart leaps – and you know it is a better book for it.